Katelyn Garvie began her journey with Steepletown in 2012, after moving to Grand Rapids and enrolling for GED preparation services. After recently dropping out of high school, Katelyn shared with us some of her immediate doubts, explaining that she was unsure that if passing the GED tests would be an attainable goal for herself – a commonplace for many young people entering for GED classes. However, in spite of her doubt, Katelyn began her studies diligently, focusing on one test at a time.

Katelyn began passing her tests at a fairly consistent rate and before long, she had one test remaining. Math was widely understood to be her least favorite subject. Katelyn struggled with much of the material, but kept a fighting spirit for months. But an unusual deadline was fast approaching.

As time continued to pass, Katelyn’s doubts and fears returned. She began applying for full-time employment opportunities that didn’t require a GED credential, and slowly drifted away from Steepletown. December 31st arrived, clearing her previous test scores, requiring her to retake the three tests she already completed. Katelyn was eventually “exited” from services at Steepletown due to inactivity.

Steepletown’s Education Coordinator, Melanie Grandy, has a facebook account dedicated to keeping in touch with past and present participants of our programs. Having Friended Katelyn, she noticed a post that suggested Katelyn was “Looking for a change and wanted more for herself.” Melanie sent her a message, reminding her that she is always welcome to come back and how much we would love to reconnect. Well, Katelyn did just that.

Katelyn met with her Advocate and shared where life had taken her over the past 3 years. Katelyn, now a mother of two boys – adorable might I add – had been employed full-time in a manufacturing facility as a machine operator and trainer for just over 2 years. Over the course of her time with the company, she found the work she was doing to be enough to help support the needs of her family. However, she wasn’t finding a sense of fulfillment from the work itself. So with a renewed sense of purpose and two mini-motivators by her side, Katelyn re-enrolled into GED Preparation services.

Within two months, Katelyn completed three of the four GED tests – Reasoning Through Language Arts, Social Studies, and Science. And yet again, the last test between Katelyn and her GED Certificate is Math. Katelyn started her studies anticipating that she was going to dread the process. Over the course of a week of studying, Katelyn seemed to be becoming lethargic, and uninterested in the math test (again). She met with her Advocate, and even more often with Melanie to discuss her emotions about testing. She intentionally practiced thinking differently about studying and testing. She would replace “I’m not good at math,” with “I’m learning more every day.” She said it as often as she could. If she slipped up and started back into her old thoughts, all of the Workforce Development staff were around to help her rephrase those messages. This continued until Katelyn completed a Math GED Ready (practice test), scored at a Likely to Pass level, and scheduled her official math test. She left the Steepletown Center exclaiming “I’m gonna slay this test!” She did just that. Katelyn passed her Math test, and therefore completed all requirements to earn her GED Certificate. With tears in her eyes, she returned to Steepletown where we were able to share in a joyful celebration.

Katelyn went on to complete a Phlebotomy training at Blue Heron Academy, passed the state exam to become a licensed Phlebotomy Technician, and just recently accepted a Phlebotomist position at Spectrum Health. Her oldest son is enrolled in the Steepletown Preschool, and plans to enroll her youngest next year as well.

Katelyn‘s journey is far from over, and it runs parallel to the experiences of many. She set a goal, then life happened and knocked her off her feet a bit. But when the time was right, and with the persistent efforts of the Steepletown staff, she reestablished a plan of action to complete her goals – and she reached them.  All the while, she loved and respected herself enough to take the time she needed, and recognized the power that she has within. Steepletown is grateful to have been apart of Katelyn’s journey, and we look forward to her continued success. 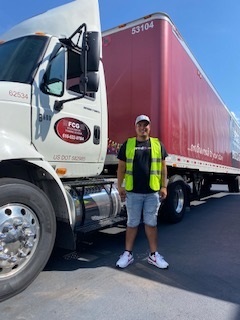 From GR to Oklahoma and Back. 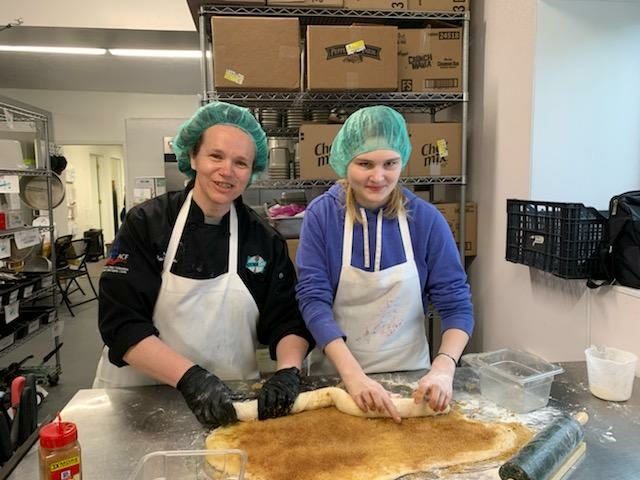