Ask Logan today how he is and he’ll answer: “livin the dream”.

In February 2016 when he arrived at Steepletown, however; Logan wasn’t living the dream.  In fact, he described his life as completely fallen apart. He came for his GED because it was required by his probation officer. He did not have a job, was living with his grandparents, and was not able to see his son.  He was frustrated, overwhelmed and stressed. He spent a lot of hours talking with his Advocate and other staff about how his life had unravelled.

During those hours of conversations, his Advocate challenged him to think differently about getting his GED. Instead of studying because his probation officer and judge were telling him to study – why not decide to get it for himself? Why not decide to take hold of his life, be the one to decide his future, and engage in any of the services Steepletown offered in order to pursue his hopes and dreams?

Well, Logan did make that decision and turned his focus toward learning. By June 2016, Logan had passed three tests: Reasoning Through Language Arts, Social Studies and Science.  Logan began to study Math and also took a week long training in Customer Service and Sales. In July, he earned an Industry Recognized Credential from the National Retail Federation.

Conversations with Logan increasingly became upbeat, positive and downright funny.  Logan’s storytelling ability emerged and it was not unusual to hear laughter following him around the halls of Steepletown.  His demeanor had completely changed from when he started. And quietly in July, he was released from probation.

Logan had gotten retail jobs and had worked on and off while he was studying, but on November 1, 2016, Logan was hired by DK Security.  This gave Logan a huge boost and created a lot of excitement for his future. He loved being a security guard! He was good at being a security guard. He could diffuse tense situations by using his humor and getting people to figure out quickly what their best course of action was. Eventually, because of his on-the-job performance, coupled with the Customer Service Credential, he was assigned to a highrise apartment complex.

On November 15,2016, Logan passed his Math test and earned his GED credential.  More importantly, due to his employment Logan had started paying child support and being able to see his son, Michael.  Within six months, DK Security transferred him to the MSU Research Facility in downtown Grand Rapids and his wage increased by more that $1.00 an hour.

A year after Logan earned his GED, he was employed full-time, had medical coverage for himself and his son, and enrolled him into the Steepletown Preschool.  And most importantly, Logan re-established his relationship with his son’s mother, which not only brought his family back together, but has allowed him to have a much more active role in his son’s life. And if you catch Logan picking up his son from school, you’re likely to hear him say  “I’m living the dream, man, living the dream.” 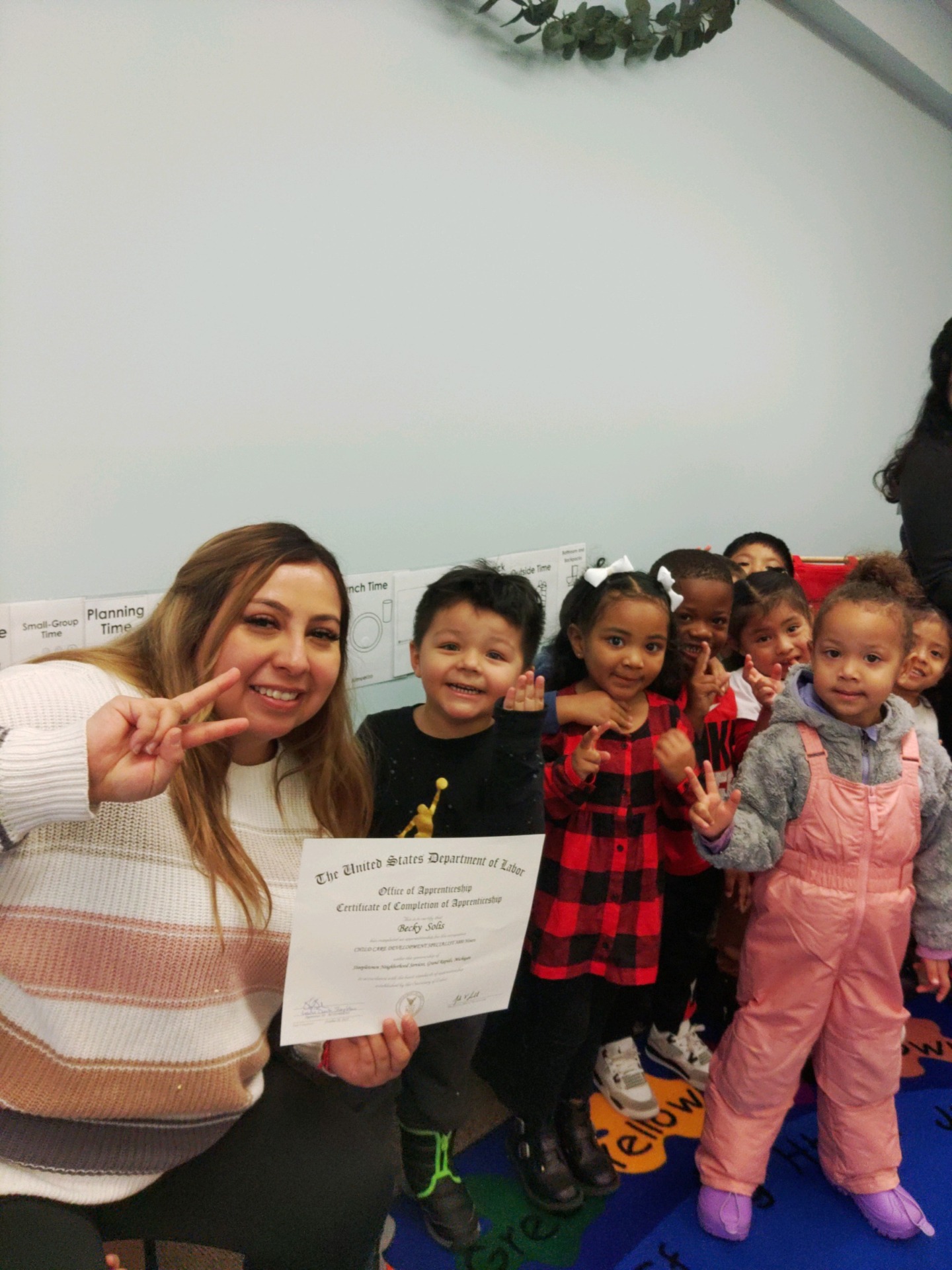 Too Many Chefs in the Kitchen a Good Thing!